When customers are quoting their new shed with Buffalo Built we always ask about their future plans for the shed.

Buffalo Built Managing Director Ross Barker says it’s important to know the intended use of the shed, to ensure it’s fit for purpose.

“One option that is becoming increasingly popular is the installation of solar panels on sheds in both rural and residential settings,” he says.

“Worryingly we have heard that some competitors have recently reduced the quality within their structures, potentially disqualifying the sheds from being able to house solar panels.

“This is not the case with Buffalo Built, we pride ourselves on the fact our sheds are BUILT TOUGH.”

Ross advises customers wanting solar panels on their sheds to also include their electrician/solar designer in early discussions, to ensure all needs are met and any issues ironed out early.

Steve Crawford from Crawford Electrical and Solar, at Tarrawingee, agrees that transparency between all parties involved is the way to go.

He gives his top 4 tips for solar panel success below.

Steve says sheds should have a maximum space between rafters of 1200mm to cater for the weight of the panels.


“If it’s for an enterprise like a dairy or something like that, you get a bigger solar window by getting an east and west array, so you build your shed north-south,” Steve says.


“If someone’s just building a house, then generally north is the direction you want your panels facing, so your shed is running the other way.

“You can have all three if you like, but generally no one puts any on the south side.”

He says north facing panels mainly produced energy in the middle of the day, but the east-west panels gave customers a few extra hours at each end of the day.

“You get what’s called a bigger solar window, it’s better for businesses that are working into the evening, and it can work well for houses too.”

“Think about where you’re going to put all your control gear like converters,” Steve says.


“We want to keep them as cool as we can and dust free.”

To do this he recommends creating a dedicated room in the shed to house it all, especially if you’re looking at any energy storage down the track.

“For an elaborate set-up with batteries we can normally get it on a wall that’s three metres wide at most (or half that if you don’t have batteries) at normal ceiling height,” he says.

“The space should be at least 1200mm off the wall to account for the equipment and getting clearance to get in and open things up.”

Steve says that the installation of solar panels requires different cabling than may otherwise be prepared for general electrics for a shed.


Invite your solar designer to do a planning session and site inspection to save you time and money down the track.

“If sheds are going to be built and there’s already power on the site then your cabling and wherever you connect is really important when it comes to solar,” Steve says.

“The shed might be built by the shed company and then the electrician comes along and then the solar person says the cable isn’t big enough underground – we want to avoid this.”

BONUS TIP: When calculating how many solar panels may fit on your roof, remember that there must be a 200mm clearance from all edges of the roof. 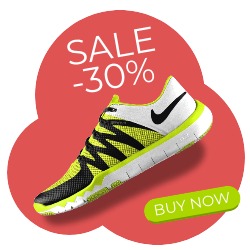 Ask us about our
SPECIAL OFFERS
get a quote today to build your dream shed...